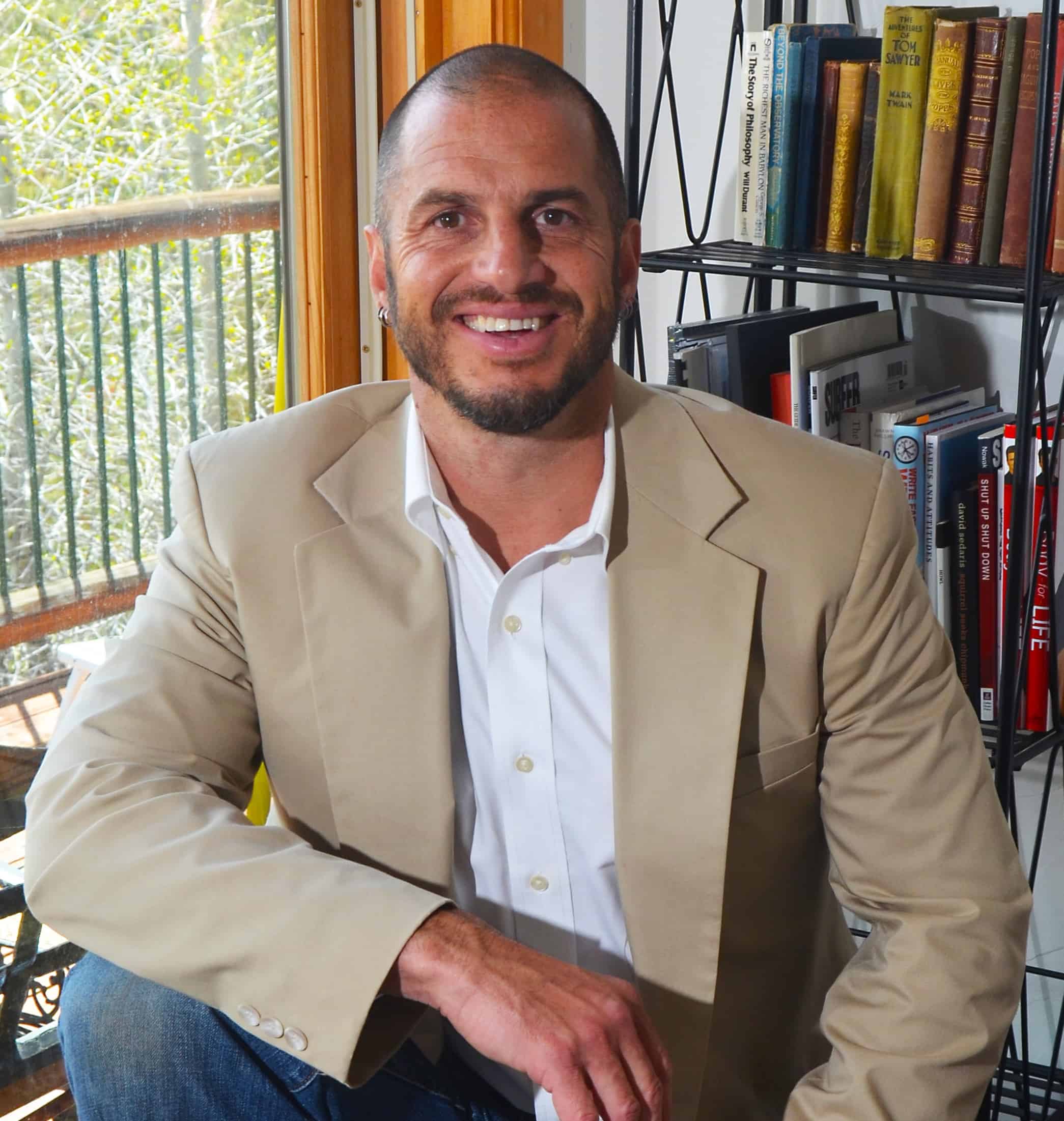 Shortly after graduating from Syracuse University, I applied to grad school at New York Chiropractic College in Seneca Falls. At the same time, I applied for an internship to live and work at a castle in Italy, working in vineyards and olive groves, farming, and researching in the hills of Tuscany. My degree in Italian Language, Literature, and Culture was a perfect fit for other programs at the castle as well.

One day that summer, I received an acceptance letter to both. I was now faced with the biggest decision of my life to that point. I was torn.

In many ways, I still felt like the child my parents called John-John, and I wanted to take the path I thought they’d want most for me. My father, for whom I have a deep respect, is a doctor; I thought following in his footsteps would be his choice for me. Sometimes, though, I believed my Italian parents hoped I would experience life in another country.

When I stopped thinking about what my parents might choose for me and focused on what I wanted, I became terrified. Would this decision determine the path of my entire life?

At twenty-three, I hadn’t taken much control of my life, but I just couldn’t resist the call of the castle. The idea of an adventure abroad seemed so unexpected and romantic. It was an opportunity for growth I couldn’t pass up.

Two roads diverged in a wood and I—I took the one less traveled by.

–Robert Frost, “The Road Not Taken”

That decision led me to a remote location that inspired me beyond all my imagination, a place called Castello di Spannocchia near Siena, Italy. Randall Stratton, the director at the time, was beginning to realize his vision of creating an organic farm and vineyard. It was to be a place to learn, grow, sustain, and connect. Along with his wife, Francesca, whom I think of as the princess of the castle, he has created an inspiring way of living and working in the foothills of Siena; it is nothing short of magic.

Castello di Spannocchia can make anyone believe in princes, princesses, unicorns, pixies, sprites, dwarves, elves, faeries, and gnomes. If you should ever happen upon this mystical location, the first things you will notice are the ancient castle walls along the dirt road leading to the tower. The rocks are bleached white by the sun and spackled with green ivy and moss. Then, when the tower becomes visible, it steals your vision. Let it. Look at it. Enjoy it. Say a little thank you in your head. This will perpetuate future magic. Then you might notice the food-bearing plants and vines that are used to create a delicious red beverage. It is rumored that drinking this red nectar causes inspiration. This is what hit me in my prime. 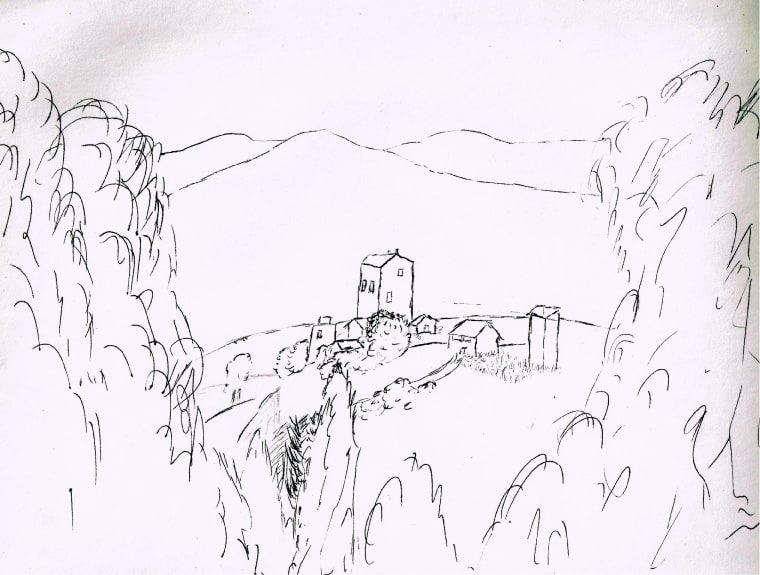 I forgot to pack my camera on this trip abroad. You think it would be the first item that I packed, but with a hangover from the going-away party, it slipped away. I had to write an old-fashioned letter; the kind with a pen and paper, and send a request to my mother. The request: please send my camera and my warm boots. It was cold on the castle floors early mornings. My family and I weren’t well versed in international shipping back then, and my mom shipped the package by way of boat. We had no idea it would take forty-five days to arrive. Drawing and sketching became a fun new option for me to capture my favorite views and vistas in addition to my spark for writing. I found a sketchbook and charcoal pencil and began my attempts at creating. This sketch is my favorite view from the castle. It is the neighboring castle known as Montarenti.

This magic of Spannoccia inspired me to write. During my stay in Italy, my creativity blossomed. I wrote essays, poems, short stories, and even song lyrics; I composed music; and I sketched.

After four or five weeks of writing, I learned that Francesca’s grandfather had originally purchased this estate with the hope of creating a writing retreat. This gave me chills—I was bringing to life a decades-old dream! I wrote by hand in my notebooks and ended up with scores of short stories and seventy-eight poems. I typed it all up and had it bound. There, my writing collection from Italy would stay for two decades.

I Return to Spannocchia—and to Writing

Thanks to social media, I never lost touch with Randall and Francesca; so, when they asked me for a bit of help with random projects more than twenty years later, I didn’t hesitate. Ironically, after reading a book by Mark Victor Hansen on goal setting, Dreams Don’t Have Deadlines, I had recently created a list of 101 goals/dreams as suggested. Number six on that list was to return to the castle.

Once I decided to return, I can’t tell you exactly why, but I felt compelled to dig up all my old notebooks and take them back to Italy with me. I pictured myself revising my work in the very same place I had written it. I didn’t know how meaningful that dream was to become to me.

So, once again I opened my notebooks. I soon realized I wanted to preserve my work, but at the same time, I knew it wasn’t all worth preserving and that I needed to provide current perspective to the work I did choose to include.

I compare it to a unique scavenger hunt crossed with a jigsaw puzzle. I’d call it a puzzle of life’s adventures. I tried to remember where and when it was that they were created and place them in order accordingly. It was a lot of fun and quite the journey of self-discovery to read what I had written over twenty years ago. It was like reading something by another person; and, for all intents and purposes, I guess I was. The process made me acutely aware of how we change over the course of our lives; at times, I felt like two different people.

Twenty years from now you will be more disappointed by the things you didn’t do than by the ones you did do. So throw off the bowlines, sail away from the safe harbor. Catch the trade winds in your sails. Explore. Dream. Discover. 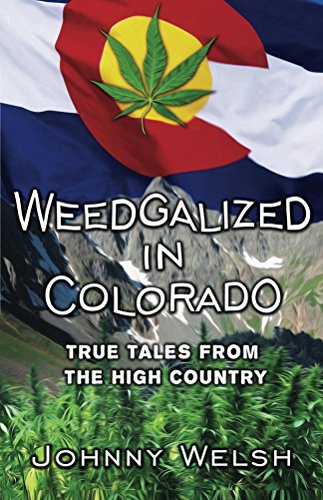 Take a Seat at the Bar

Join Johnny's mailing list below to get your FREE sample of Weedgalized in Colorado: True Tales from the High Country.

You'll also hear some wild and wacky stories, BEFORE they make it into his next book.

You have Successfully Subscribed!